Oil and gas wells today present significantly more complex conditions, higher pressures and higher temperatures due to increasingly greater depths. Depth-related challenges include the presence of corrosive hydrogen sulfide and carbon dioxide. Despite the hostile environments in deep wells, oil well service companies continue to be tasked with logging and need confidence in the materials they send downhole.

Carpenter’s CarTech 20Mo-6 HS® stainless alloy has been in service for wireline applications for nearly twenty years, although test data for simulated well exposure are only available up to 350°F (177°C) and 5,000 psi (34.5 MPa). Verifying the performance of CarTech 20Mo-6HS stainless in these high pressure/high temperature well environments was to be accomplished by using .031 in. (.7874 mm) round wire that has been used for wireline applications. This material possesses a nominal ultimate tensile strength of 285 ksi (1965 MPa) and meets existing requirements for wireline intended for high temperature/high pressure oil well logging. Two sets of test conditions were provided by oil well service companies to simulate the environment that could be encountered during downhole well bottom exposure and are listed in Table 1. 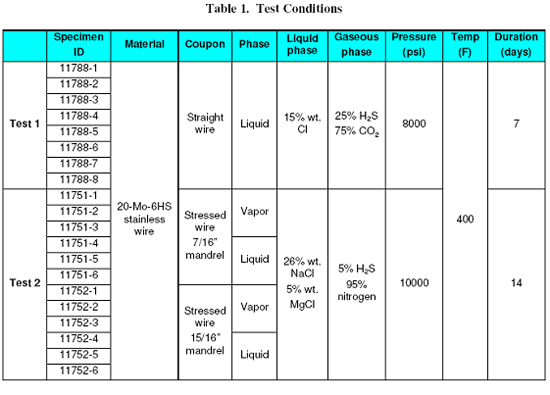 The first test consisted of eight straightened lengths of the .031 in. diameter wire fixtured to remain fully contained in the liquid phase for the duration of the test. 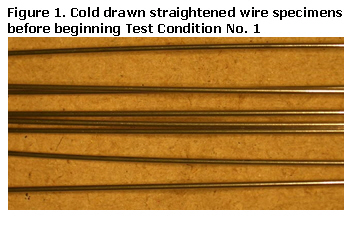 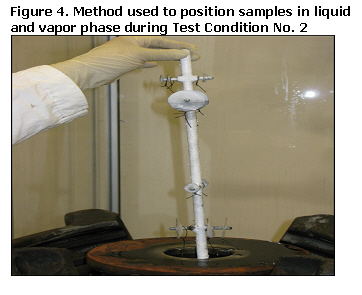 Honeywell Corrosion Solutions performed all modeling of the test conditions and testing. At the conclusion of the exposures, the specimens were visually examined and the observations are listed in Table 2. 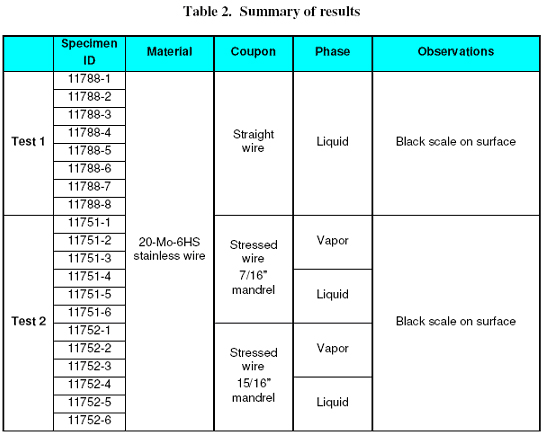 Samples from both tests were found to contain black scale on the surface, which when removed showed slight etching of the surface. Visual inspection revealed no evidence of pitting or cracking on any of the specimens, and metallographic examination confirmed the absence of any cracking (Figure 5). 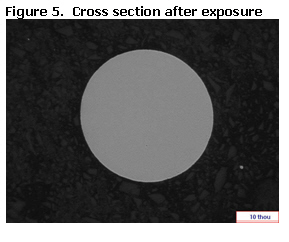 The straight wire specimens from Test Condition No. 1 were evaluated for ductility by wrapping the wire around a mandrel of equal diameter without fracture. A photo of the wrap test after exposure is shown in Figure 6.

The corrosion rate was calculated for specimens subjected to Test Condition No. 1, and results are shown in Table 3. The rate of 1.3 mpy is considered negligible and is indicative of the material’s performance in these aggressive conditions.